So my wife likes a holiday, This trip was supposed to be a fishing trip for my 40th. Many of you might already know but fishing trips & family holidays don’t really mix that well.

We went to the Canaries, South of Fuerteventura to a part of the called Morro Jabel……….I really liked the area not may English about (which I like when a travel)

The main problem was the whole area is one very long stretch of beach with hardly any structure or features! I did have a harbour to fish from and the opportunity to do a boat trip!

For the boat trip I borrowed a very nice http://www.fox-sportsfishing.net/news_main.php?catalogue=0&view=53 The trek spin range are travel rods. although I didn’t really get the chance to put the Permit rod through its paces but  It felt lovely in the two hours I did use it.

I fished from a boat called the “Hammerhead” a nice boat with a friendly crew, not much English but thats fine.

I used an Ecogear aqua gear  swimshrimp on a tenya jig head 23g.

First cast and a fair old wait for the lure to hit bottom. bang a good fish! It was fighting really well but didn’t put too much of a bend in he rod.  Everybody was looking over at the first fish  of the day.  On first sight of the fish the crew went a bit nuts shouting Poision, Poision.

They pushed me aside grabbed the rod while the Captain came over with a bat…..Smack, smack & into a separate holding tank.

It was the largest Weaver fish I had ever seen……Was.

Second cast seen the exact same re-run of the highly trained crew in action……Smack, Smack into the holding tank separated from any other fish that might get caught for the day.

This image make me smile as the crew didn’t want me to touch the Weaver! Poision, Poision. I asked so if its that bad why to you want it?

As I understood the Weaver is a really tasty fish! One spilt down the middle, opened up and dried in the sun for 4 days.

I was having a great time but I was the only person catching, the Captain moved to another reef.

At the new spot all the other anglers began to catch, it was a faster drift so I needed to bring out the heavy Metals. I clipped on a 40g  Apia which produced 4 little Groupers. 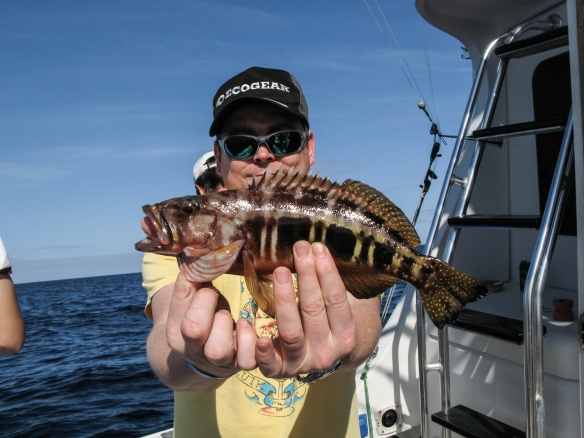 I think all anglers finished the day with about 5 fish each. 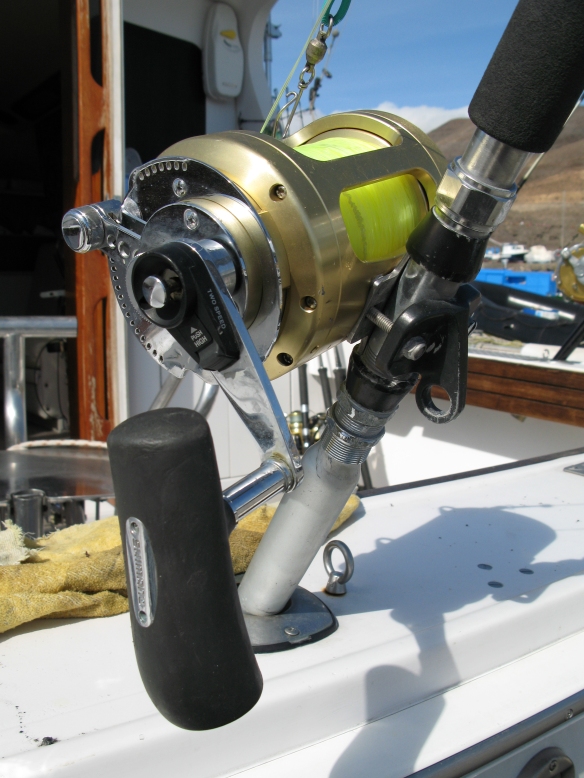